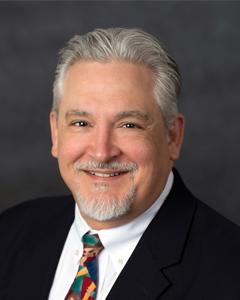 Armando L. Peri, Jr. is the Ombudsman and was appointed to this position in July 2018.

Peri began his career in FCPS as a school psychologist at the elementary, middle, and high school levels, and an educational specialist in the former Office of Minority Student Achievement. He was selected for the Accelerated Certification Cohort through LEAD Fairfax and George Mason University, then was appointed assistant principal at Parklawn Elementary School and later assistant principal at Irving Middle School and most recently principal at Pine Spring Elementary. Peri began his professional career serving as a multi-lingual psychologist (Spanish and American Sign Language) in Illinois working with students within the city and suburbs of Chicago.

Peri, a Fairfax County native, earned his bachelor of arts in philosophy from Saint Charles Seminary in Philadelphia, and a Psy.S. in school psychology, and a master of arts in developmental psychology from Gallaudet University in Washington, DC.