During the tenure of Mr. W.T. Woodson, the third 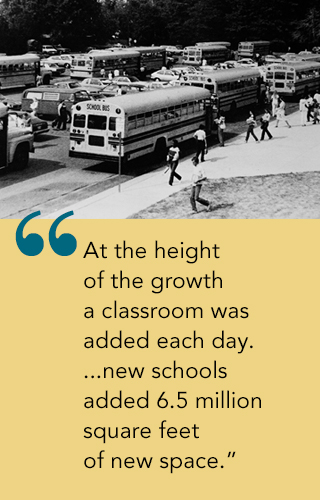 superintendent of FCPS, the student enrollment grew phenomenally. Woodson probably never would have fathomed the 43,707 enrollment growth of the 1950's would be easily exceeded by the growth in the 60's and beginning of the 70's.

The enrollment doubled and produced an increase of 73,492 new students. At the height of the growth a classroom was added each day and 1,700 new teachers were hired. New schools added added nearly 6.8 million square feet of new space to address the needs of the additional students.

Part of this enrollment growth was from the decision in 1968 to begin the school system's first kindergarten classes. In the first year, about 8,200 kindergarten students enrolled in the half-day program. It would be another 43 years before the kindergarten program was made into full day.

In addition to the incredible construction efforts required to accommodate the rapidly growing enrollment, this decade is characterized by unprecedented improvements in educational programs. 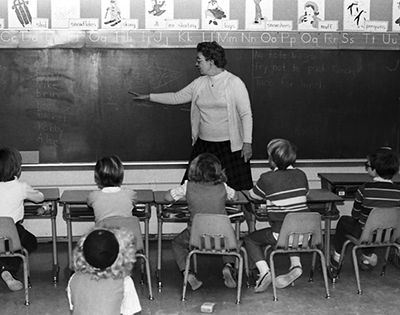 Improvements in the Elementary Schools

The "Time to Teach" program enabled planning periods for general education teachers. During this time subject specialists taught physical education, music, and art to the class, and elementary education continued to improve.

In the 1960's the Foreign Language in Elementary Schools (FLES) programs were very popular and enjoyed public and government support. Some classes were taught by foreign language teachers on television with the classroom teacher following up with extra activities and reinforcement.

School Mathematics Study Group (SMSG) was an effort in the 60's to usher in a new and improved math curriculum. This came from funds allocated by Congress for science and math education following the successful 1957 launch of the Soviet "Sputnik". After the school system sent elementary teachers to seminars at the University of Maryland, much of the FCPS curriculum was updated to include new material provided by SMSG.

There was considerable special education expansion that took place in the latter part of the decade. This service provided for exceptional children who range from severely disabled to the gifted. Supported by state and federal funds, the classes included children who were handicapped physically, mentally, emotionally, or visually, or children who had speech, hearing or learning disabilities. In some cases there were children who required instruction but were unable to attend school.

Improvements in the Secondary Schools

The emphasis on improved instruction was also reinvigorated 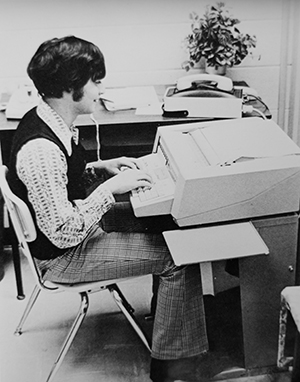 in secondary education in the academic arena and also in fine arts, health and physical education, and adult education. Developed during this time was secondary accreditation. Schools started to use the State Board "Standards for Accrediting Secondary Schools in Virginia". This set instructions and report forms to help provide educational opportunities to meet the needs and interests of all students.

Instructional Improvement into the 1970's

Dr. S. John Davis became superintendent in 1970 and he established the first Standards of Quality (SOQ), which were later adopted by the entire state. Educational standards were placed and accompanied with testing programs as accountability measures. With these new standards teacher implemented the following practices:

Parents were now included in planning for changes in instructional organization and practices. Diverse programs were available on an optional basis and parents of elementary students had choices of foreign language partial immersion programs, and Success by Eight was used in some schools for special counseling of students. Advanced Placement continued to be available to high school students. Some schools adopted the block scheduling approach which involved the use of time, space, and staff in new ways to reduce class size and facilitate learning.

FCPS continued to offer a mix of the traditional and progressive approaches, and parents were forthcoming in helping the school develop a community of learners.