The history of Fairfax County and its schools from 1930 to the 1950s can be summarized in one word: Growth.

Within a time frame of twenty years, the population of the county quadrupled from 25,000 to almost 99,000 people. Franklin D. Roosevelt's presidency was the major reason for this rapid growth, as with the new administration came increases in federal programs and bureaus.  With those increases came the additional employees to administer new programs and to staff the new bureaus.

The End of the One-Room Schoolhouse

Enrollment growth and the introduction of school buses changed the character of the communities the one-room schoolhouses served, and the lives of the children within them. Students who had once walked to a local, often one-room  schoolhouse, now rode a bus to a larger “consolidated school” where they were taught in separate grades. Some of these large, brick school buildings with modernized amenities, like indoor plumbing, are still in use today. Progressive educators viewed buses as a step toward modernizing and consolidating more students into one building.

Following World War II, rapid population growth in Fairfax County led to a steady rise in the school system’s student population. In 1948, 12,118 students were enrolled in FCPS. Over the next 25 years, the school system would add roughly 6,000 new students per year.

FCPS took over the education of students with mental disabilities from a parent-organized cooperative in 1953. The parent group had begun the program in 1950, using whatever space could be found to educate their children, but eventually asked FCPS to take control of the program.

Like other school districts in the country, Fairfax County Public Schools was a segregated district from its creation to the middle of the 20th century. In 1954 the Supreme Court ruling Brown v. Board of Education changed segregation laws in this country. Luther Jackson School in Falls Church opened at the same time the Supreme Court ruling prevailed to end racial segregation. This was the first high school for African Americans and remained a high school until it was converted to an integrated middle school in 1965. The integration movement of the schools did not gather traction in FCPS until 1960.  When the school system desegregated the African-American schools, the buildings were closed and re-purposed as special education sites.

A View of FCPS prior to 1954 Supreme Court Ruling 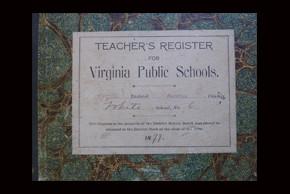 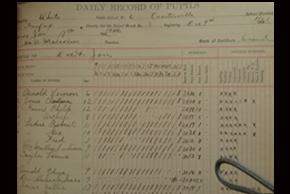 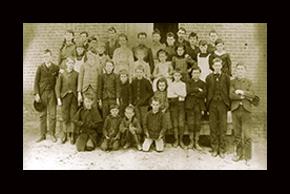 Fairfax Elementary School, c. 1891, courtesy of the City of Fairfax 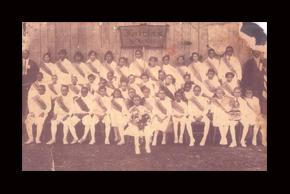 Black elementary students at Fairfax Colored School #A, c. 1916, courtesy of the City of Fairfax 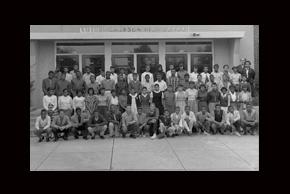