Learn more about the Council's members.

The Superintendent's Technology Advisory Council is comprised of some of the nation’s leading thinkers across technology, education, and business. Members also include two Fairfax County School Board members as well as FCPS administrators, teachers, and a student representative. 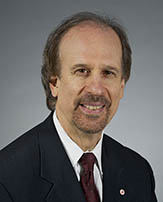 Greg Baroni is chairman and CEO, as well as founder, of Attain, LLC, a leading digital solutions, strategy, and management consulting firm advancing client missions across the education, nonprofit, healthcare, and government landscapes. With Tysons Corner as its corporate headquarters, Attain employs more than 700 individuals in Fairfax County.

Prior to founding Attain in 2009, Baroni held various leadership roles at Unisys Corporation, including corporate senior vice president of the company and president of its Federal Systems and Global Public Sector unit. Earlier in his career, he spent nearly 20 years at KPMG focused primarily on the education market sector, eventually becoming the national industry partner for KPMG’s education and non-profits market segment. Baroni is also known for having led an innovation skunkworks team that spearheaded pioneering advances in educational technology, eventually becoming known as Blackboard.

Baroni is an active leader in the community. He currently serves as the incoming chair of the Northern Virginia Technology Council (NVTC), executive committee and board member of the Professional Services Council, and board chair of The Women’s Center. 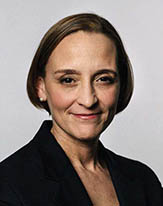 Before being named president in September 2017, Gilliland served as GDIT’s deputy for operations and was responsible for the all aspects of the company’s business operations.

Prior to joining General Dynamics Corporation, Gilliland served in the U.S. Navy as a surface warfare and public affairs officer.

She is an FCPS parent. 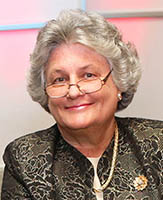 Bobbie Kilberg serves as the president and CEO of the Northern Virginia Technology Council, the regional voice of technology, which represents a diverse and thriving technology ecosystem, promoting innovation, and convening, educating, and advocating for the region's technology community. Kilberg has served on a number of gubernatorial Task Forces. Governor-elect Mark Warner appointed her to his transition council and Governor-elect Bob McDonnell named her as one of the five co-chairs of his transition team. In 2016, Senator Warner appointed her to serve on his Cybersecurity task force.

Kilberg serves on the board of directors of Appian, the American Action Forum, and the NVTC Foundation. She also is a trustee of the George and Barbara Bush Foundation and on the honorary board of Easterseals DC MD VA. 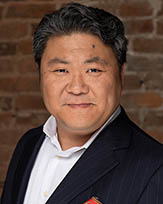 Prior to joining AWS, Andrew served as corporate vice president of Samsung Global Education, and general manager for Microsoft Corporation’s U.S. Education.  He also served on several boards including the Virginia State Board of Education,  Northern Virginia Community College Foundation, and Jobs for Virginias Graduates.

Ko serves on the Board of the Foundation for Fairfax County Public Schools.

In addition to the council co-chairs, the following individuals are on the Steering Committee:

Pam Baker has taught a variety of special education courses, mentored graduate student research projects, and studied ways to facilitate the responsible inclusions of learners with special needs. Prior to making the move to higher education, she was the coordinator of a day treatment center for students with behavioral disorders in Newport News. Her master's degree is in the areas of learning disabilities and emotional-behavioral disorders. She has taught students with special needs in a variety of settings from inclusion to self-contained, mostly grades 6-12.

Katie Blot has over 25 years of experience in the education industry in both the private and public sector and more than 16 years in organizational leadership. She is passionate about helping organizations whose mission is to help people access and benefit from education. She advises companies and institutions in areas such as strategic planning, product strategy and roadmaps, go-to-market planning, and strategic initiative implementation.

Karen Corbett Sanders believes that Fairfax County must provide a world class education to each of its students no matter where they live. She takes pride in the fact that the Mount Vernon community has a rich history of developing leaders including George Washington and George Mason. She feels that we owe it to history to ensure Mount Vernon students have access to a world class education in the community's schools. Corbett Sanders is committed to working full-time to ensure that each school is a center of academic excellence.

Born and raised in Fairfax County, Corbett Sanders is a retired international business executive, a community advocate for healthcare and education issues, past PTA president, and Odyssey of the Mind coach. She has served on boards of directors and operating committees for international telecommunications companies and, locally, on the quality board of Inova Children’s Hospital and the regional board for Odyssey of the Mind.

Richard Culatta serves as a leader in education policy, teacher preparation, educational technology and innovation at the International Society for Technology in Education (ISTE). Prior to joining ISTE, Culatta served as the chief innovation officer for the state of Rhode Island.

As the director of the U.S. Department of Education's Office of Educational Technology, Culatta was at the helm of numerous efforts to expand connectivity to schools across the country, promote personalized learning, and develop the National Education Technology Plan. He began his career as a high school teacher.

Culatta is the parent of four FCPS students.

Shawn DeRose has been the principal at Annandale High School since February 2020. For the previous five years, he was the principal at Glasgow Middle School where he was named Region 2 Outstanding Principal of the Year in 2019. Prior to Glasgow, DeRose served as the assistant principal of J.E.B. Stuart/Justice High School, as well as an assistant principal and director of student activities at Thomas Jefferson High School for Science and Technology. In 2014, DeRose was named as the Secondary Assistant Principal of the Year for the State of Virginia by the Virginia Association of Secondary School Principals.  He has over 15 years of experience as an administrator within FCPS.

Kathleen Fugle is the school-based technology specialist at Chesterbrook Elementary School. She previously served in this capacity at Bailey's Upper Elementary School, Bailey's Elementary School, and Fort Hunt Elementary School. A former 4th-grade classroom teacher and early adopter of Scratch computer programming, Fugle is active in promoting computer science education at the elementary level. She currently serves as a board member of CSTA NoVA, the local chapter of the national Computer Science Teachers Association.

James Hannah oversees the delivery of critical business systems, architecture, engineering, and operations for all GDIT corporate IT services. In October 2019, he was appointed to the board of the NOVA Educational Foundation (NOVA Foundation).

With more than 25 years of experience, Jeff Mao is an education technology leader dedicated to empowering learning for all students through effective integration of education technology tools. As founder and CEO of Edmoxie, Mao and his team provide expert strategic consulting to schools and ed tech companies focused on the development of strategies, policies, and implementation plans that integrate education and technology, bringing educators and innovators together around great ideas for students.

Earlier in his career, Mao was a lead author of the State of Utah’s Master Plan: Essential Elements for Technology Powered Learning. Additionally, he was an advisor for Future Ready Schools, and served as Senior Director for Common Sense Media’s education division, and Senior Strategic Education Outreach Manager for Wonder Workshop.

Mao has been recognized by EdScoop as its EdTech Hero, 2017, as the State Educational Technology Directors Association (SETDA) Leader of the Year, 2013, and the Common Sense Media Educator of the Year, 2012.

A.J. Muir is a student at West Springfield High School. In June 2019, he received a Student of the Year Award for his work in the Edison High School Academy class, "Cyber:  Computer Systems Technology 1."

Elizabeth Murphy joined the Foundation for FCPS as executive director in June 2015, after previously leading Leadership Fairfax for three years, and the Fairfax Symphony Orchestra for six years.

Under her guidance, the Foundation has launched a grant program for classroom teachers and deepened its support of educational innovations in the district, such as STEM curriculum integration and health and medical pathways. Additionally, the Foundation has specifically focused on programs that assist Kids in Need, the 60,000 students who qualify for the free and reduced meals program.

Over the past five years, the Foundation has doubled its support to FCPS and now provides over $1,000,000 annually for these programs.

Crissie Ricketts, Ph.D. has worked at McLean High School in Fairfax County, Virginia, for 18 years. She has served as a teacher of mathematics for 15 of those years. She also spent one year as the assessment coach and two years as the director of Student Services. Dr. Ricketts served in these non-teaching roles from 2008-2011 and returned to the classroom to pursue her passion for teaching. She serves as the AP academic coordinator for the school.

Dr. Ricketts holds a Bachelor of Science in Economics from the University of Pennsylvania’s Wharton School of Business and a Master of International Business Studies from the University of South Carolina. She worked in the business arena for 10 years before becoming an educator. Dr. Ricketts completed her Ph.D. in Educational Administration from Capella University. In 2010, she began teaching online with the University of Phoenix (UOP), an online university, and taught math courses for the UOP for six years. In 2016, Dr. Ricketts began teaching math with NC Virtual, the second largest virtual high school in the nation. She has also taught for FCPS’ online campus.

Dr. Ricketts was named Teacher of the Year by the McLean High School’s Class of 2015 and received the Norma Dektor Award given to the teacher who has had the largest impact on students by the Class of 2018.

Katrina Stevens works on supporting the education ecosystem to increase the collection and use of evidence as well as the use of learning science to support improvements in learning success, especially for learners who have had the most challenges.

Previous to CZI, Stevens brought her experience as a teacher, administrator, and startup cofounder to her role as the deputy director for the Office of Educational Technology where she oversaw Future Ready, education innovation clusters, rapid cycle evaluations, and developer outreach. She also helped launch the Jefferson Education Exchange and served as the first entrepreneur-in-residence for Jobs for the Future’s new JFF Labs.

Elaine Tholen is a career educator who has worked in FCPS elementary schools, middle schools, high schools, and administrative offices. She has been a resident of Fairfax County for the past 25 years, and most recently served as director and treasurer for the Northern Virginia Soil and Water Conservation District.

Tholen has been active with state groups such as the Virginia Association of Environmental Educators and the Virginia No Child Left Inside Coalition to improve state education policy.

For eight years, Tholen managed the Fairfax County Public Schools Get2Green Program. This district-wide, preK-12 program promotes environmental stewardship among students and staff. She formalized regional and national partnerships to provide tools to schools to create student driven environmental action around topics such as energy, waste reduction, transportation, wildlife habitat and sustainable food.  She also coordinated efforts across instruction, facilities, and food and nutrition services to streamline procedures and support to schools, and developed and implemented professional development programs for teachers and administrators. She managed the district Sustainability Team and led FCPS to having a nationally acclaimed Green School program.

Alisa Whyte joined Merritt Group in 1997 and helped to build and shape the agency since its founding. She has led award-winning campaigns for clients in technology, health care, and government that leverage the right mix of modern marketing, communications, and PR strategies to move their businesses forward.

She currently serves on the board of directors of the Northern Virginia Technology Council. In 2015 and 2016, Alisa was named a finalist for DC Inno’s “50 on Fire” and, in 2016, a finalist in Women In Technology’s (WIT) Annual Leadership Awards.

Whyte is an FCPS parent.