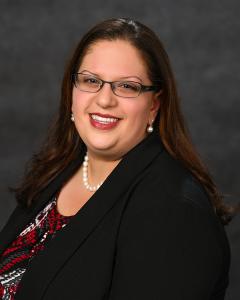 Pekarsky's professional career began more than 20 years ago as an educator. She taught English to Speakers of Other Languages (ESOL) for Fairfax County Public Schools in the Sully District, a career choice inspired by her own experience as a daughter of Greek immigrants and former ESOL student.

In 2018, she worked with other parents to champion passage of a Virginia state bill that increased the opportunity for unstructured recreational time for students in schools, aimed at developing teamwork, social skills, and physical fitness.

Pekarsky holds a master’s degree in Multicultural and Multilingual Education and a bachelor’s degree in American Government and Politics, both from George Mason University.

Pekarsky and her husband are co-owners of a local air charter company based in Manassas, Virginia. She is the director of the customer and flight locating services. Pekarsky lives in Centreville with her husband and their six children.

Want to receive newsletters and other news from Stella Pekarsky in your inbox?  Sign up here to receive her News You Choose messages.