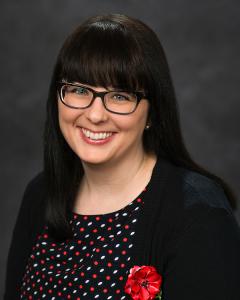 Laura Jane Cohen was sworn into office as the Springfield District School Board Member on December 12, 2019. Cohen grew up in Marietta, Georgia, and is the daughter and granddaughter of public school teachers.

After graduating from the University of Georgia with a degree in Political Science, Cohen worked for the Lt. Governor and Secretary of State of Georgia. When she and her husband moved to Fairfax County in 2001, Cohen became the Director of Outreach for a National Parkinson’s nonprofit. Having two kids brought her back to her teaching roots. Cohen taught preschool for several years before becoming a long-term substitute teacher for Fairfax County Public Schools. Cohen also served on the Cherry Run Elementary School PTA for eight years, three years as Staff Relations Chair, two terms as PTA President, and as the liaison to the Fairfax County Council of PTAs. She is currently a proud member of the Lake Braddock PTSA.

In addition to her advocacy work, Cohen opened a vintage home decor shop in Clifton in 2015.  Though she no longer owns it, Cohen still enjoys restoring furniture in her free time. She and her husband, Seth, live in Burke with their two kids and two dogs.

Sign up for Laura Jane Cohen's newsletter. You will receive newsletters and other news in your email inbox.