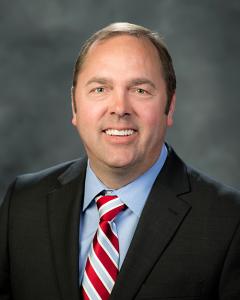 Jay Pearson is serving as Assistant Superintendent of Region 4.

Pearson earned his graduate certificate in administration and supervision from the Johns Hopkins University, and a master’s in education from George Mason University (GMU) in secondary social studies. His bachelor’s degree in international studies was also conferred by GMU.