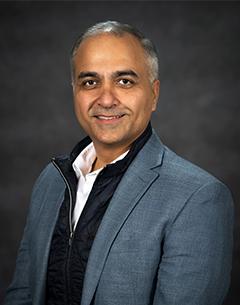 Gautam Sethi joined Fairfax County Public Schools in September 2020 as the Chief Information Officer (CIO). He oversees the Department of Information Technology. Sethi comes to FCPS from Douglas County (Col.) School District where he served as the chief technology officer.

As CIO, Mr. Sethi assumes responsibility for a technology system that in size and complexity rivals that of major industries and government agencies. He has been charged with evaluating, modernizing, and consolidating software platforms, improving security and privacy for students, families, and teachers throughout the system, and ensuring equitable access to learning technologies for all FCPS students.

At the Douglas County School District, Colorado’s third-largest district serving more than 68,000 students, Mr. Sethi built an IT security program from the ground up. He led the modernization of existing technologies; developed online portals to support staff and families; and saved the district $1 million annually by using existing resources and renegotiating vendor contracts.

Mr. Sethi earned his bachelor’s degree in computer science from the University of Delhi (India) and his master’s degree in business administration from Emory University in Atlanta.