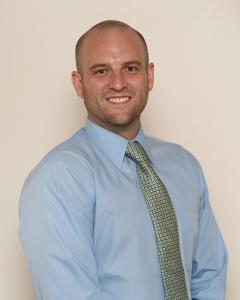 Eric Eichelberger was elected to serve as a Treasurer for the FY 2021  and is serving his first three-year term as Trustee since being elected in spring 2019.

Eric is a middle school science teacher at Lake Braddock where he has completed eight years with FCPS. In addition to serving as a Trustee, he is also an ERFC ambassador at Lake Braddock. Prior to joining FCPS, he served as an investment analyst at Legg Mason Capital Management and ClearBridge Investments. Eric attended Virginia Tech where he received a degree in mechanical engineering. He also completed his Master’s in curriculum and instruction in physics from George Mason University.