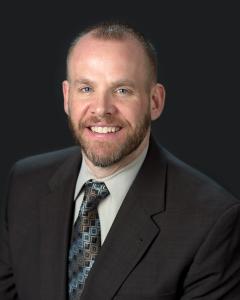 Dave recently joined the Region 4 team.  Previously he was on the Region 5 team in the role of Executive Principal following his principalship at Centreville High School where he had been the leader since 2015. Prior to Centreville, he was the principal of Mountain View High School from 2011-2014.  He also served as a sub-school principal at Westfield High School where he was a founding member of the Westfield staff.  Mr. Jagels began his career in Fairfax County in 1993 as a Special Education teacher at Fairfax High School.  He also taught Aerospace Science at the secondary level.  Mr. Jagels has worked extensively in schools with diverse student populations.  He has a proven track record of increasing student achievement, as well as achieving full accreditation in the schools he has led over the years.  Mr. Jagels is a leader of social emotional learning and restorative justice practices within FCPS.  He subscribes to the core belief that relationships are the cornerstone of health, happiness, and resilience.  At Centreville High School Mr. Jagels made it a priority to inspire students to build positive relationships with other students, as well as the staff and school community. As an Executive Principal for Region 4 schools, Mr. Jagels will directly mentor, support, and supervise school-based leaders in the Centreville, Lake Braddock, Robinson, South County, and West Springfield Pyramid.  Mr. Jagels’ disciplined commitment to finding and working toward a K-12 vision and a culture of high expectations is exceptional.

Mr. Jagels earned a Bachelor of Science degree in Special Education, Mental Retardation from Radford University and a Master of Education degree in Educational Leadership and Policy Studies from Virginia Polytechnic Institute and State University.