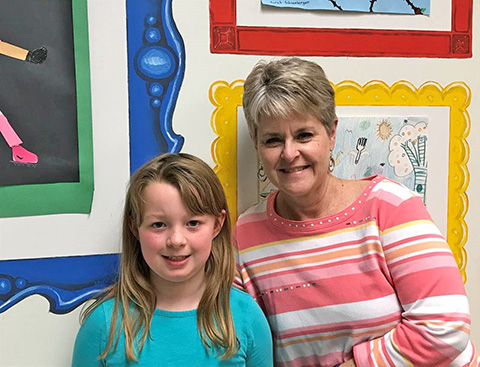 Mantua Elementary office assistant, Lorri Fowlkes, is a long-time mentor at the school and is currently mentoring her fifth student, second grader Ada.  It all began last year when Ada met Fowlkes in the office during dismissal. They started talking and, each day, Ada scooted closer and closer to Fowlkes as their relationship began to form. She felt she might be able to work well with Ada, based on how easily they became friends, and quickly signed up as her mentor. A year later, Fowlkes says that Ada is more confident and has more self-control. She loves having lunch with Ada and hearing all about school, her drawings, math, and her love of chocolate.  Contact news liaison Shelby Roberts at sgroberts@fcps.edu.