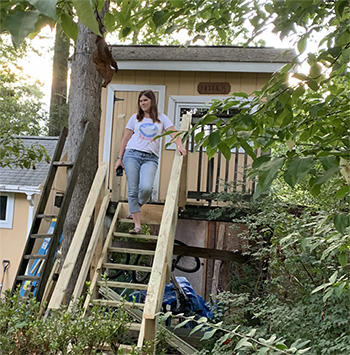 Teachers in Fairfax County Public Schools (FCPS) have developed creative workspaces at home and in their classrooms for virtual learning.  For Haycock Elementary School teacher Nellie Williams, creativity took on new heights as she and her husband decided to upgrade their backyard treehouse for her to use as a classroom.

Williams, who is a gifted education teacher at Haycock, had been teaching from a tent after schools shut down in the spring, but was inspired by the possibility of refurbishing her daughters’ old treehouse. During the evenings over seven weeks this summer, Williams and her husband set out to upgrade the structure. “As you can imagine, having everyone working from home has its drawbacks and the thought of having my own space and being able to ‘go to work’ sounded pretty awesome at the time,” said Williams.  But the treehouse—which hadn’t been used in years—needed a lot of work. So the Williamses began by replacing the rope ladder with stairs, refurbishing the porch, laying down new flooring, insulating the treehouse, adding power, and burying ethernet cable so the treehouse could have Wi-Fi.  The finished product has both heat and light, and Williams says she’s set to teach during colder weather.

Williams took photos along the way and combined them into a PowerPoint. “I shared my presentation with both of my classes during the first couple of days of school and held my parent orientation meetings from the treehouse,” she explained. “I do believe I am the talk of many dinner conversations. What makes it slightly more interesting is that my pets tend to join me for the day in the treehouse and occasionally will make an appearance during class.”

In addition to having a short commute, Williams says her new teaching space is a perfect fit. “I think anyone that has the opportunity to create their own space, especially a unique one, should absolutely go for it,” she states. “Being able to work in my treehouse has made my year!” 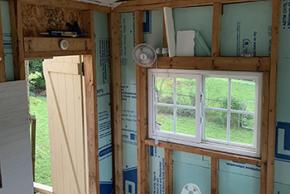 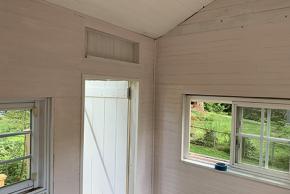 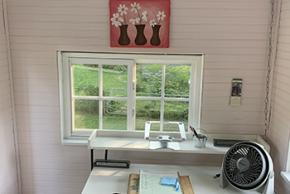 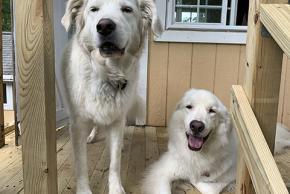 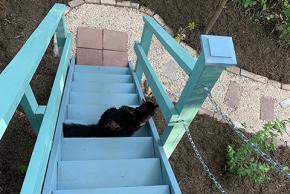 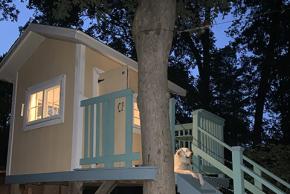