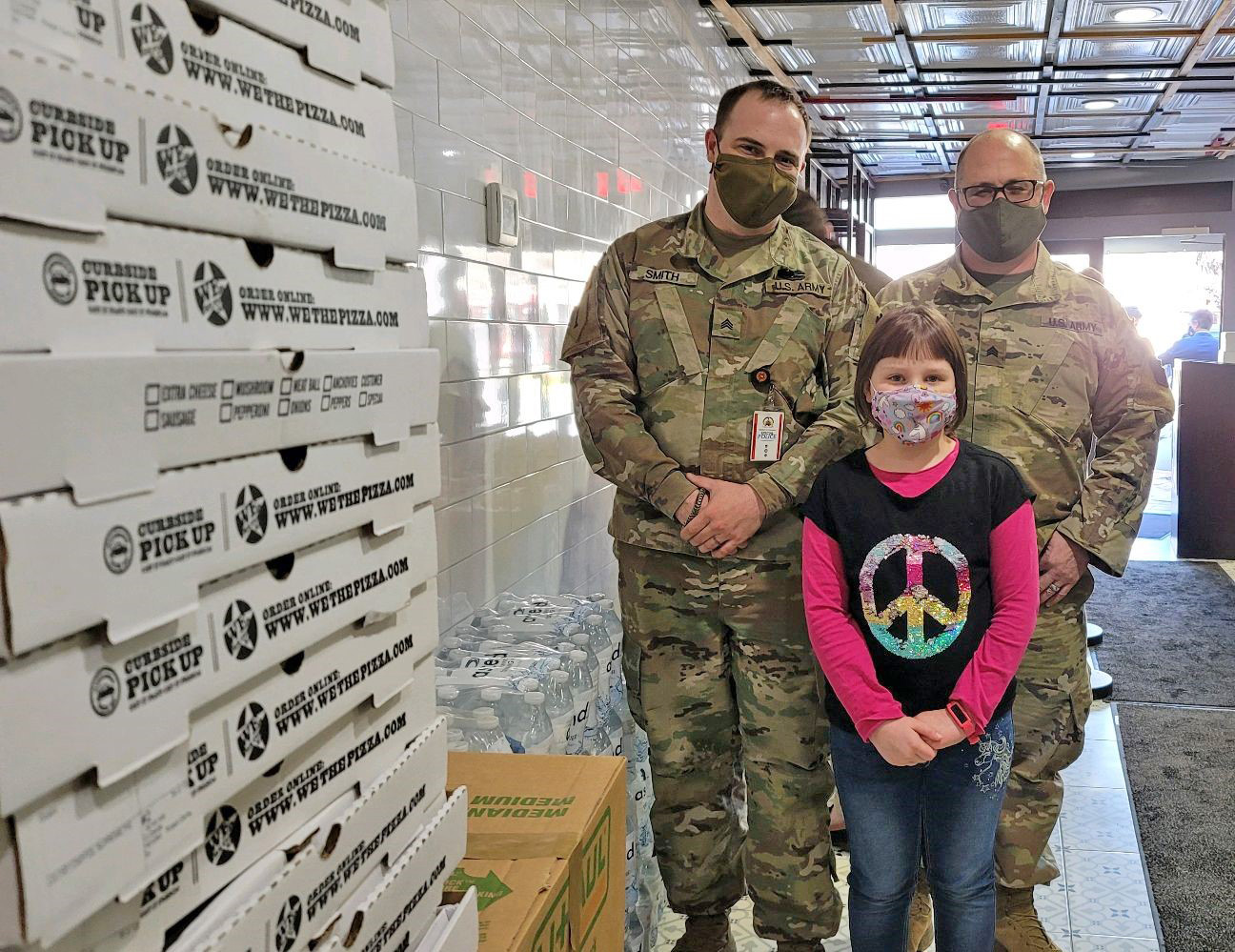 In light of the events at the U.S. Capitol on January 6 and Martin Luther King, Jr.’s, birthday celebration, Dranesville Elementary third grader Mache was inspired to answer the call for service. She saw that pizzas were being provided by Top Chef’s Spike Mendelsohn’s restaurant and that monetary donations could help feed the National Guard troops who were protected the city. Mache started her own campaign with the help of her parents.  Within the day she had collected $700; by the next morning she had $1,000. Mendelsohn’s restaurant matched Mache’s total and invited her to help distribute the pizzas. She was interviewed for a television news show and got to meet some of the soldiers who enjoyed the pizzas.  Contact news liaison Tye Jurgensen at tjurgensen@fcps.edu.