Families from Mount Vernon Woods Elementary and Whitman Middle received baskets of nonperishable food for Thanksgiving, thanks to local food bank United Community, Fairfax County Supervisor Rodney Lusk, and students from Langley High. United Community worked with community school coordinators Marcia St. John-Cunning of Mount Vernon Woods and Delia Montecinos of Whitman Middle to organize the distribution, which included over 300 baskets of food including turkeys donated by NBC Washington and pies donated by Century 21. Lusk contributed $1,000 to help purchase turkeys. Parents living in the greater Mt. Vernon community wanted to teach their children that they could help their community despite COVID-19 restrictions, so they began a food drive in their neighborhood to donate to the local food bank, United Community. A group of students from Langley High, Facilitating Connections, contributed some of the turkeys and helped with distribution at the site. “This is a true collaboration between our community schools, United Community and members in our community,” said St. John-Cunning. “The spirit of the first Thanksgiving in which abundance was achieved by those willing to share food, kindness, friendship, and open their hearts to those who were different than them is reflected in this collaboration.”  Contact the FCPS Office of Communication and Community Relations at 571-423-1200. 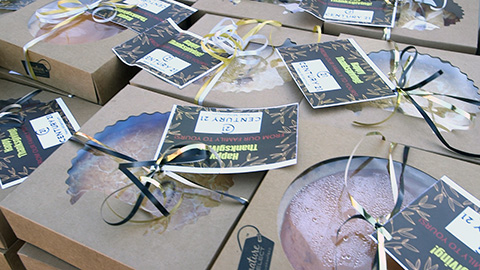