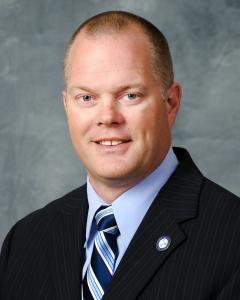 The real path to greatness, it turns out, requires simplicity and diligence … It demands each of us to focus on what is vital-and to eliminate all of the extraneous distractions. - Jim Collins

In July 2020, Greenfelder was named Assistant Superintendent for the Department of School Improvement and Supports

Prior to this appointment, he was the executive director of the Office of School Support and was charged with developing and facilitating district-wide school improvement strategies and resources.  He developed a Region-based support structure to strategically provide resources and personnel to schools and created the Project Momentum school improvement initiative that resulted in a decrease of 18 schools Accredited with Warning to one school Accredited with Conditions over a period of five years. As executive director, Greenfelder serves as liaison and primary point of contact with the Virginia Department of Education for FCPS school improvement initiatives, building a positive relationship with that body that resulted in FCPS being the first school division in the state to conduct its own school improvement academic reviews.

A graduate of Virginia Tech with a bachelor of science in education, he earned a master of education in education leadership from George Mason University. Greenfelder has presented at state and national conferences on Project Momentum as a county and state model for school improvement and, as Thoreau principal, was recognized for the school’s successful use of professional learning communities.