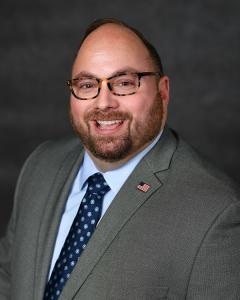 Sign up here to receive newsletters from Karl Frisch.

A special welcome message from Karl Frisch, the new Providence District Representative on the Fairfax County School Board.

Karl Frisch (he/him/his) has earned a national reputation as a skilled communicator and effective public policy advocate for consumers and student loan borrowers in our nation’s capital. He most recently served as executive director of Allied Progress, a consumer watchdog that holds policymakers and predatory financial interests accountable.

A former small business owner, Frisch helped clients like the National Education Association, Rock the Vote, technology companies, and others refine their public relations and marketing strategies to more effectively break through and carry their messages to the public.

Frisch previously served as staff for the Committee on Rules in the U.S. House of Representatives, where he was instrumental in helping to expose a pattern of corruption and ethics abuses by members of Congress, some of whom later resigned or faced criminal charges.

Here at home, Frisch fought to increase local funding for our schools and joined local educators as they lobbied, marched, and rallied in Richmond for better pay and resources. He also represented Providence District on the school bond committee, which successfully secured $360 million to enhance, renovate, and build new schools.

On the School Board, Frisch serves as chair of the Governance Committee, its chief policy-making body.  He is also one of the Board's two representatives on the Joint Environmental Task Force (JET), which works with the Fairfax County Board of Supervisors and community partners to proactively address climate change and environmental sustainability.  Additionally, Frisch is a member of the Public Engagement Committee and serves as the School Board's liaison to the City of Fairfax.

An avid traveler and photographer, Frisch lives near Fairfax Circle with his partner Evan, a product of Fairfax County Public Schools and a teacher in the system for nearly 15 years.

Sign up here to receive newsletters from Karl Frisch.