By By Office of Communication and Community Relations
Spotlight
Share Page

Drive by the Mount Vernon Estate these days and you will spot a new historic roadside marker dedicated to the life of Ona Judge, a woman enslaved at both the Virginia and Philadelphia homes of George Washington.

Thanks to the history detective work of a group of fourth graders at Laurel Ridge Elementary School, the woman who eventually ran away from the president and his wife, Martha, is now recognized outside the plantation where she was held.

Last Saturday, Juneteenth, a crowd of over 200 gathered to see the official unveiling. 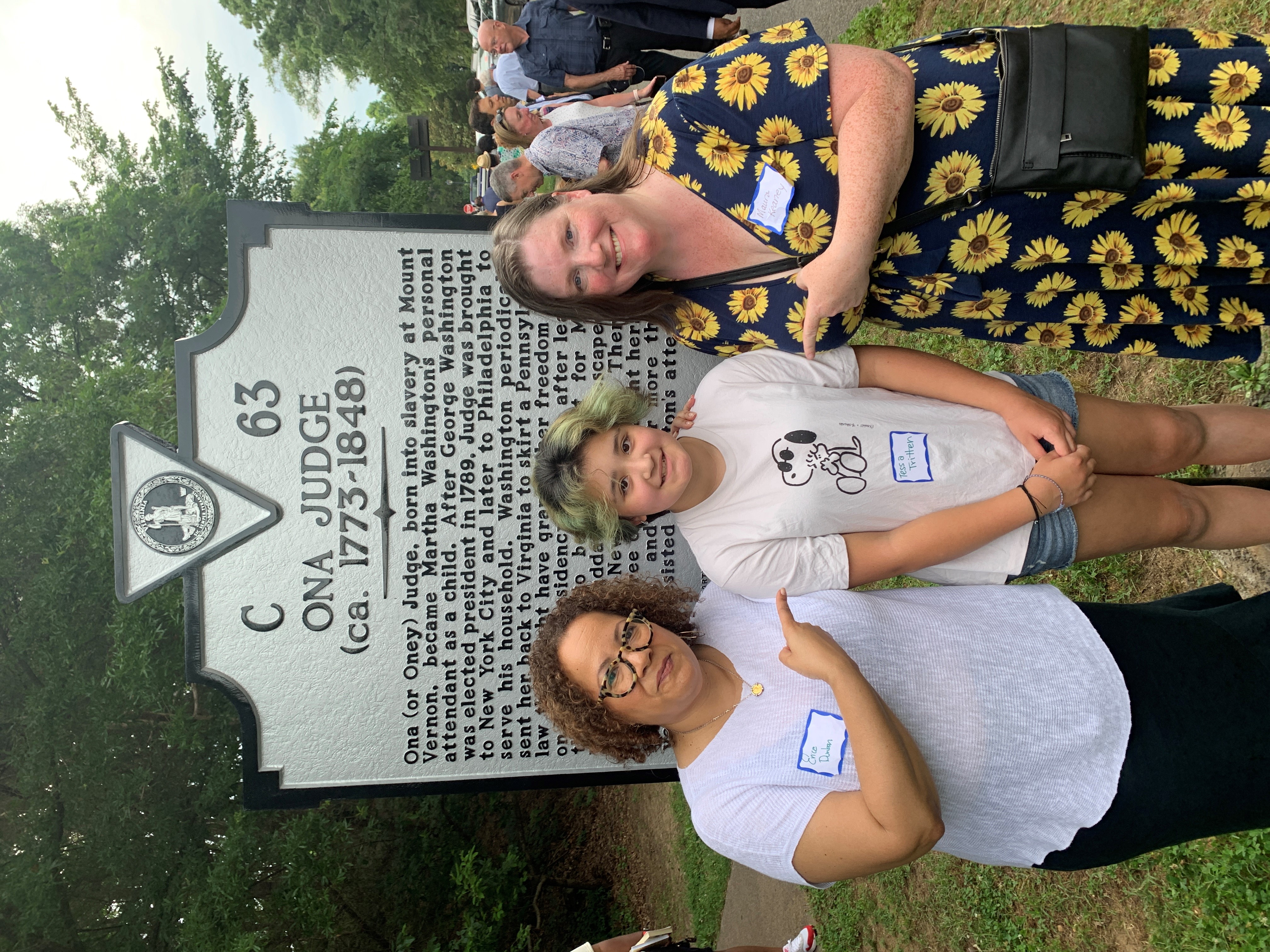 Judge, born a slave at Mount Vernon, served as Martha Washington's personal assistant as a young girl, and was later brought to New York City and Philadelphia after Washington became president in 1789. Due to a Pennsylvania law that may have freed Judge based on long-term residency, Washington found a way around the law by periodically sending her back to Virginia.

In 1796, she escaped from Philadelphia for New Hampshire after learning she was intended to be a gift for Martha Washington's granddaughter.  Despite Washington's attempts to find her, she evaded recapture.

You can watch Saturday's ceremony below.